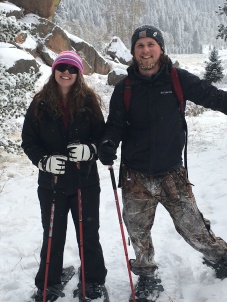 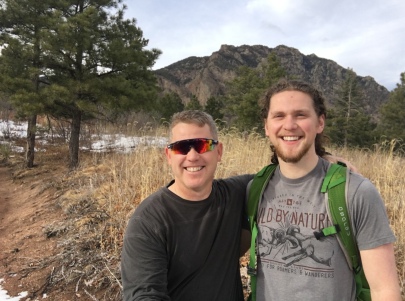 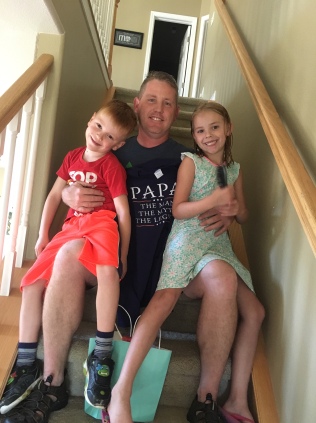 Hi everyone!  Thank you for joining me on my journey.  It’s a bit daunting to try and make my life neat enough to fit nicely on this ‘About Me’ page.  So, my plan is to give you just some of the basics and then share as I go over the next year as Stryker and I journey together in a three-phase operation–Phase I, Train-up, Phase II, Appalachian Trail Hike, and Phase III, Recovery.  Check my first blog for more details on our “Concept of Operation.”

I am a 44 year old Army veteran currently in my last year of service prior to retirement.  This May, I’ll finish Act I of my life and a 27-year career in the United States Army.

Originally from Oregon, I joined the Oregon Army National Guard in 1992 and went to basic training at Fort Leonard Wood, Missouri.  On December 10th, 1992 I was awarded the Military Occupational Skill of 12B10–Combat Engineer.  I spent the next six years in the OARNG prior to enlisting for active duty in 1998.  From then until now, I’ve been stationed in Bamberg, Germany, Fort Lewis, Wa, Fort Leonard Wood, Mo, Fort Eustis, Va, and Fort Carson, Co.  I’ve been deployed in service to our nation five times–Kosovo twice (1999-2000 & 2002-2003), Iraq (2004-2005), Afghanistan (2009-2010), and Kuwait and Jordan (2013-2014).  I’ve served both on the enlisted side in leadership positions from Team Leader to Platoon Sergeant (E5-E7) and as an officer from Platoon Leader to Company Commander (O1-O3). I have always been a Sapper, Combat Engineer.  I am currently serving as the Senior Assistant Professor of Military Science and Battalion XO for the Mountain Ranger Battalion, University of Colorado at Colorado Springs ROTC.

I have two children that endured the Army life throughout Act I, Andrew, 22 and Alexandra, 20.  They will be joined by Ashlynn and Riley (7-year old twins) during Act II.  I am currently engaged to Jamie R. Fabos and am very excited that we have joined our families as we begin this new chapter in our life together.

Finally, along the way, I have served with many incredible humans.  They are my brothers–Brothers by Choice Not by Blood.  All are warriors:  Augie Haro–fought his way into a burning building to find me when my patrol was ambushed; Robert McCormick–fought with me through the toughest part of my life; and others who have been there and continue to be there for me (they just plain rock!), Jamie Lawrence (Mr. Mayor), Cint Kupari (Who Let the Dogs Out!), Scott Krampitz.  I encourage and challenge all of you to join me and Stryker for a day or two on the trail.

A quick update:  On January 1st, I was promoted to Major! In September, I will be completely “RETIRED.”

After 28 years of service, Kelly felt his decades of dedication to his country and the sacrifices of his fallen brothers who are unable to make the journey with him, deserved a dramatic punctuation.

Adventurous, athletic, thoughtful and more than a little competitive, he decided to take on the Appalachian Trail.

Join Captain Leaverton and his dedicated, furry companion Stryker as the two set out to find meaning post-military and to walk purposefully into the second act of a life well served.

By purchasing gear through this link, (http://bit.ly/2OYyHEo), you’ll get a 40% off discount for Medera hammocks – an environmentally-sound, innovative hammock and gear company. It’s simple, copy and paste the above link into your browser or click the Madera link to the left and during checkout use discount code MADERA40.